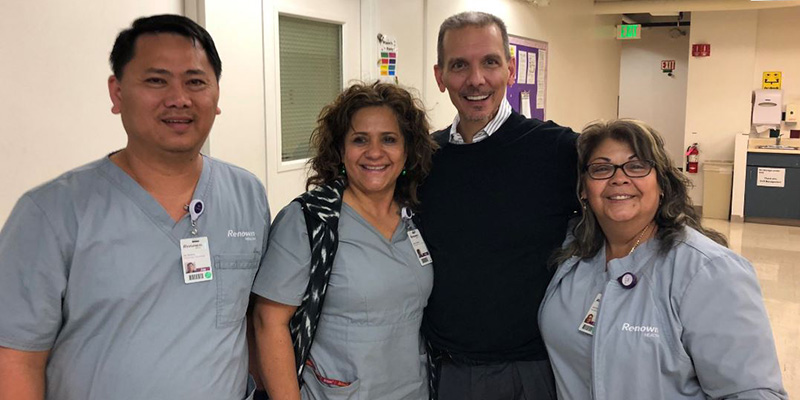 It’s another national honor for our President and CEO, Dr. Tony Slonim, and the Marketing and Communications team at Renown Health. The Thought Leadership Campaign for Dr. Slonim earned first place in the Executive Visibility category of the 2018 Nonprofit PR Awards, which are given by media outlet PR Daily.

Dr. Slonim’s appearance in national media was the goal for this campaign. PR Daily called the plan “detailed and meticulously crafted,” noting that it featured strong research, audience identification, implementation and evaluation.

Research included assessing which national healthcare CEOs were posting on social media and how those posts accounted for coverage elsewhere. It also explored best practices of PR officers working for healthcare companies with a national focus.

After identifying audiences, including employees, the Communications team set up social media accounts and guided Dr. Slonim’s use of them, including his own Twitter account. There was also video content added to the CEO Blog on BestMedicine and a CEO playlist on Renown Health’s YouTube channel.

The results included what PR Daily called “a remarkable amount of national coverage from outlets including CNN, USA Today, The Washington Post and The New York Times.”

Dr. Slonim is Set to Take the Stage at TEDxUniversityofNevada Feb. 23 Meet Jessica Moore, a Top Talent Winner for 2018
Scroll to top