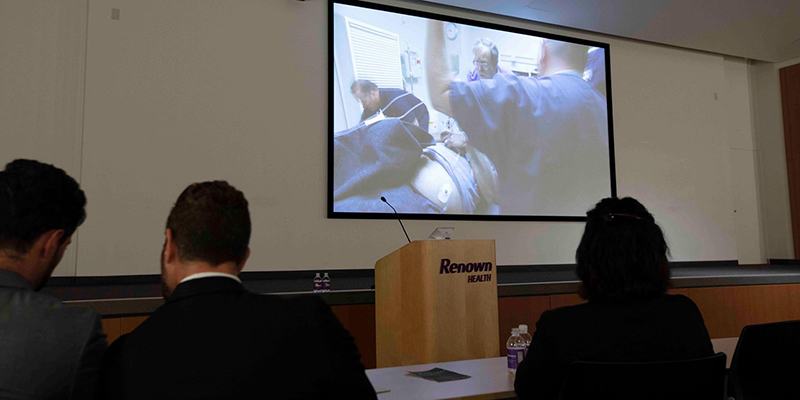 In September, an inspiring documentary by local filmmaker Christine Lazzarini of Gypsy Moth Productions premiered to the public at University of Nevada, Reno. The film features interviews with Renown employees, Washoe County Emergency Management, REMSA and survivors from the 2011 Air Race tragedy that killed 11 people and brought our community to action to save more than 60 spectators who arrived at local hospitals within minutes of the crash. Learn more about the movie at gypsymothproductions.com.

For staff and physicians who were living in Reno at the time, this was an unforgettable event. Seven years later, the many facets of the crisis response and recovery from this event have been brought to life in the film. It is ultimately an insightful movie told from the perspective of the survivors, first responders, care providers and Air Race fans.

Renown Emergency Management is collaborating with representatives from Human Resources, the Critical Incident Stress Management team, Spiritual Services, nursing leadership and others to host showings of the film at Renown Regional. All employees and physicians are invited to attend. The first showing took place on Sept. 28.

During this final showing, emergency management will share opening remarks and lead a debrief to discuss the film and offer a chance for the amazing teams who responded to the crash or have been part of a major incident response to process all they’ve been through.

Join us for this special event in honor of every member of the crisis response and medical community who do so much for our community each day. Attend a movie viewing on either date. The movie is 1 hour 30 minutes, plus opening remarks and debrief. Light refreshments and snacks will be served.