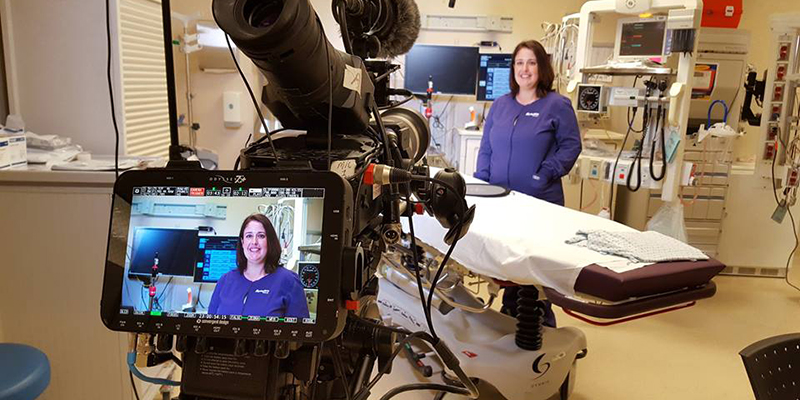 Out of the tragedy of the 2011 Air Races crash came many incredible stories across our community. Stories of nurses opening their homes, making meals and doing laundry for victims and their families still resonate seven years later.

Those powerful stories of first responders and care providers going above and beyond, and the Truckee Meadows’ strong community spirit are the center piece of a new documentary, Broken Propeller, by local filmmaker Christine Lazzarini.

Lazzarini also tells the story of the Elvin family who received care at Renown. The Elvin family has a long love of the Air Races. Cherie Elvin, 73, lost her life in the crash and her husband, Chuck, their two sons and daughter-in-law all lost part of their right legs.

The Elvins were among the more than 60 injured survivors treated at local hospitals and remain incredibly grateful for the care, kindness and support received in Reno. In 2015, they established the Cherie Elvin Memorial Fund through Renown Health Foundation. This annual scholarship helps a local nurse in pursuit of higher education.

The documentary is more than three years in the making and includes dozens of Renown employees alongside REMSA, Washoe County Emergency Management, former Mayor Bob Cashell as well as numerous survivors of the crash. You can learn more about the stories featured on BestMedicine.​

An employee viewing of the documentary will be announced in the weeks to come led by internal champions Jenn Allen, Jen Richards, Alicia Glassco, Amy McCombs, Deena McKenzie, Michelle Hernandez and Sean Savoy. We will keep you updated as those details are available.

Thank You to Those Involved

Thank you to all the Renown employees who made this documentary possible. Special thanks to the following who appear in the film and escorted film crews on our campuses.